The Impact of the Global Currency Race on the Bitcoin Market

Written by Jeff Dorman, CFA
Aug 26, 2019
What happened this week in the Crypto markets?
Powell, Trump & China remind us why Bitcoin exists
Friday was, to say the least, very interesting.  Let’s take a look at what happened over the course of just a few hours.
Fed Chairman Powell gave a speech at Jackson Hole that was mildly dovish, but not nearly enough for Trump.  Simultaneously, China imposed $75 bn of new tariffs on the US, sending President Trump on an epic tirade, ordering US companies to look for alternatives to China, and calling Powell an enemy of the State for not retaliating with even lower rates.  And finally, Bank of England governor, Mark Carney, suggested that the world move off of the US dollar as the reserve currency, and suggested a new global digital currency.  US Stocks fell 2-3%, Bitcoin jumped 4%, Gold hit 6-year highs, the Chinese Yuan hit 11-year lows even while the USD also declined.  The yield curve inverted again , with 2-year Treasury yields moving above 10-year yields, as Futures markets are now pricing in roughly 88% chance of at least two cuts by the end of the year despite stocks still trading near all-time highs.
It’s safe to say, the race to the bottom for currencies has officially escalated.  It is also safe to say, now is a good time to be skeptical of the financial system.

Being Skeptical of the Financial System
The entire Arca team hails from traditional Wall Street.  We all left and have dedicated our careers to building the future of finance via Digital Assets.
But this cannot and will not happen overnight.  We understand that no matter how many times we shout about Bitcoin market each week, it is not a practical solution today for all of the issues facing the financial system.  Your money is still in banks, and so is ours. Your assets are still USD-denominated, and so are ours. Your purchasing power is still at the mercy of central bankers’ actions regarding rates and fiat currencies, and so is ours.   We’re all a little stuck, forced to adhere to policies and actions that have benefited us for decades, but clearly no longer seem entirely in our best interests. We are all in the same boat, and at times it feels like the Titanic. But you can’t turn an ocean liner on a dime, nor correct decades of systemic financial problems overnight. But there is hope.
It’s possible to be religious and still believe in evolution.
It’s possible to be divorced and still believe in family values.
It’s possible to be poor and still believe in capitalism.
Similarly, it’s just as possible to have most of your wealth in traditional assets, banks and brokerages, while acknowledging that the system is completely broken.  Digital assets offer a solution, but they need time to mature and for people to adopt them. In the meantime, it might be a good idea to have a life raft ready to go in case the unsinkable nature of our current system isn't as unsinkable as experts suggest. 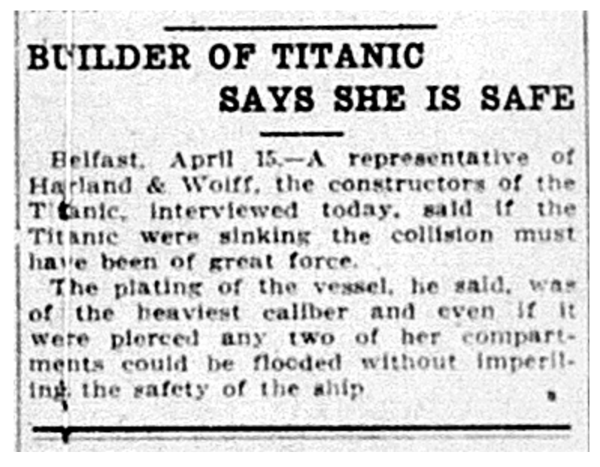 Bitcoin is … something
It may not feel like a currency yet.  It may not feel like a store of value yet.  It may not feel like a safe-haven yet. But it is definitely something.
Bitcoin is the first honest attempt to use technology to rid the world of human bias and behavior when it comes to purchasing power.  And while Bitcoin garners almost all of the attention, an entire ecosystem of digital assets now exists alongside Bitcoin built on the same (or similar) underlying blockchain technologies.  Most of these other digital assets have very little to do with money. Whereas Bitcoin proved “money” could be saved and sent digitally without middlemen, reducing single points of failure (no banks, brokerages or transaction fees), other digital assets are trying to prove that any asset can be sent digitally.  From excess computer storage, to baseball cards, to digitally native assets like shoes or video game swords, to virtual lands/goods, companies and large groups of technologists are making real efforts to adapt to changes in consumer behavior that allow for better alignment between consumption and incentives.
We’re all used to the status quo.  Digital asset investing and token usage requires you to challenge the status quo, and that can be uncomfortable.  But is that any more uncomfortable than trying to justify why you own equities in the face of an oncoming recession?  Or why you own bonds with negative real interest rates? Or why you own cash that loses value every year, and will lose even more value as the government is forced to inflate its way out of $22 trillion of debt?  Or why it takes 3 days to send/settle transactions, sometimes leading to fights with an intermediary over the ability to access your own assets?
There are other solutions, albeit imperfect.  But Trump, Powell, China, and the Bank of England just sent us a very loud reminder of why the current system isn’t sustainable. 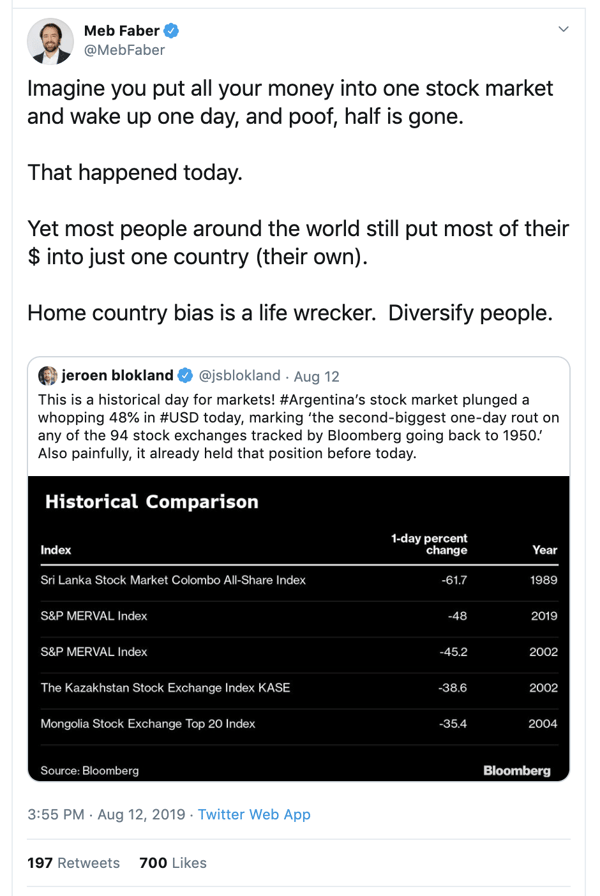 Notable Movers and Shakers
Bitcoin remains tethered to the unravelling macro situation and so it may come as a surprise to those not in tune with the day-to-day that Bitcoin finished the week down 1.7%. Despite lackluster results, it was not immune to volatility (peak-to-trough of 11%). As has been the case for the last few weeks, all eyes have been on Bitcoin; however, there were some projects that were able to move of their own volition:
What We’re Reading this Week
The Anatomy of the Coming Recession
According to Nouriel Roubini (a frequent crypto critic), there are three negative supply shocks that could send the current economy into a recession, one that is much more severe than the 2008 financial crisis. He cites the Sino-American trade and currency war, the less obvious technology war, and overseas oil supplies. Any one of these negative supply shocks could reduce consumer consumption which will spark a downturn. A downturn that will not be fixed by fiscal stimulus.
Bank of England Proposes New Plan to Replace the US Dollar
Last Friday, the governor of the Bank of England made waves after proposing a plan to create a digital currency, similar to Facebook’s Libra, that would replace the US Dollar as a world reserve currency. He argued that the US Dollar’s dominance as the world reserve currency “must end” and be replaced by some form of global currency, rather than “swap one currency hegemon for another”. Although Libra was suggested as an effective replacement, a true solution would be a digital currency created with participation from multiple central banks.
The Tipping Point For Mass Blockchain Adoption
In this recap from the Zage Report, blockchain leaders shared their insights on blockchain adoption. They touch on topics such as regulation, speed and ease of use, and “blockchain’s invisibility”. The last point is incredibly important as “mass adoption does not depend on people’s understanding of how blockchain works”, indeed most consumers don’t understand how the internet’s TCP/IP protocols work. Consumers simply need blockchain to subtly integrate with their  lives for adoption to spread.
Japanese E-Commerce Giant Rakuten Launches Crypto Exchange
E-commerce giant Rakuten, considered Japan’s Amazon, launched crypto trading out of its wallet app last week. The app will support trading of Bitcoin, Ethereum, and Bitcoin Cash against the Japanese Yen and no fees will be charged for trades or deposits. Although the exchange is explicitly separate from the e-commerce business, the move could still signal some sort of future integration for the two products, introducing more mainstream consumers into digital assets.
Messari’s Disclosures Registry Exceeds 50 Projects
With a lack of regulation, understanding crypto projects can prove difficult and time consuming. Crypto research provider Messari is striving to bring clarity to this murky part of the ecosystem with its disclosures registry. Similar to the SEC’s EDGAR registry, the Messari registry aims to create a “standard set of data” freely available to anyone regarding these projects. The registry’s participants, who all self-report, are responsible for providing updates and relevant disclosures. The growth of the registry to 54 projects is another sign that the crypto industry is maturing and striving to match some of the requirements of public companies.
Moscow Blockchain-Based Voting System Apparently "Insecure"
Blockchain voting applications have become increasingly popular with multiple test pilot programs in recent months. However, one blockchain-based voting system out of Moscow, Russia last week was found to be “insecure”. According to a French cryptography expert, the entire system can be hacked within 20 minutes from a personal computer. The issue stems from the encryption used, meaning individual’s voting results could be revealed, but technically the election results could not be changed.