What happened this week in the Digital Assets markets?
Week-over-Week Price Changes (as of Sunday, 12/20/20)
Source: TradingView, CNBC, Bloomberg
The Everything Rally Marches On
Stocks edged higher last week, with all major U.S. indexes hitting fresh all-time highs ahead of Congress finally agreeing to an unnecessarily delayed $900 billion stimulus bill.  Oil logged its seventh straight weekly gain, reaching a new post-March high despite being one of the few asset classes that remains lower year-to-date, perhaps giving a more accurate picture of the true state of the economic recovery.  Long-bonds drifted lower, but still remain +7% YTD.  Gold inched higher, and is once again in striking distance of its all time high.  We even saw a Mike Trout rookie card sell earlier this year for $3.93 million, smashing the all-time record, as demand skyrockets for baseball cards and other novelty items that protect against inflation.  So naturally, it should surprise no one that Bitcoin also continued its torrid 4Q march higher, finally breaking above its all-time-high, and accelerating another 20% shortly thereafter.
Everywhere you look, there are record highs, and Bitcoin is no exception. It has simply been a phenomenal quarter for what has become a truly global, all-encompassing, macro asset.  Bitcoin is having its 4th best quarter since 2014, with two weeks to go.  John Street Capital sums up the newfound demand for Bitcoin perfectly.
Source: Skew  | Twitter / @johnstcapital
Our friends at Pantera may have put out the single clearest explanation for why Bitcoin demand is outpacing supply

The demand curve seems very price-insensitive. When people want in – like now – price doesn’t seem to have a large impact. On the graph, that yields a fairly flat line. On the flip side, supply seems very inelastic. Many holders of bitcoin hold it more for political/philosophical reasons than for price appreciation. It takes much higher prices to induce them to sell. That makes the supply curve very steep. In the last seven months, we’ve had two huge shifts – one in demand, one in supply – both upwards.

On the demand side, we’ve had public companies like PayPal enter the market. That shifts the demand curve much higher. At the same time, the supply of newly issued bitcoin was cut in half in May – as part of the every-four years Halving of bitcoin issuance. Fewer Bitcoin are available. The price acts like there’s a shortage. 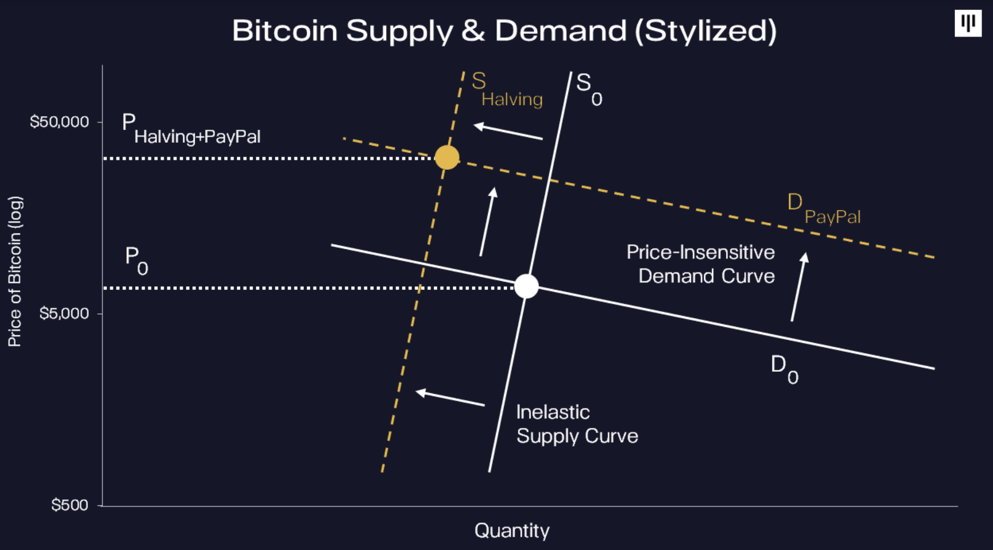 It was only six months ago that strategists were hailing “King Dollar” and voicing their concern over how a strong dollar would hurt the economy. Instead, six months later, the US dollar is near 5-year lows. It’s just hard to envision any assets going lower amidst negative rates, continued government stimulus, and a declining dollar.
That said, if any of these conditions change, it’s also hard to imagine who the incremental buyer is now that most investors are already all in. Fear is gone, which should make one fearful.

Source: TradingView
10 Random Thoughts Heading into 2021
We’ve written a lot about digital assets in 2020. But there is also a lot that we simply didn’t get to this year given how fast this asset class changes and evolves. There is simply too much information to absorb and process on a weekly basis, since digital assets are affected by so many different facets of the economy. This will be our last market recap of 2020, so we're going to mix things up and put down some thoughts that we didn't have time to develop further this year.   We’ll be out with our annual 2021 digital assets predictions over the holidays, but until then, happy holidays! 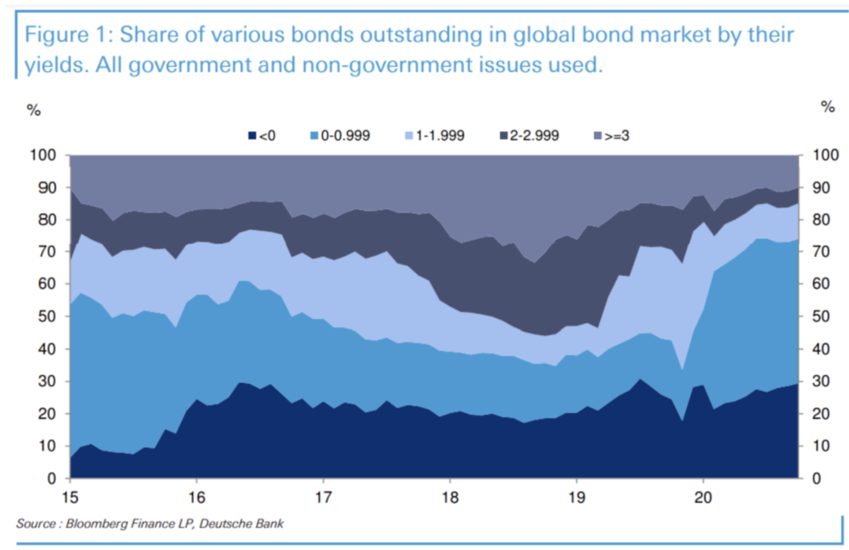