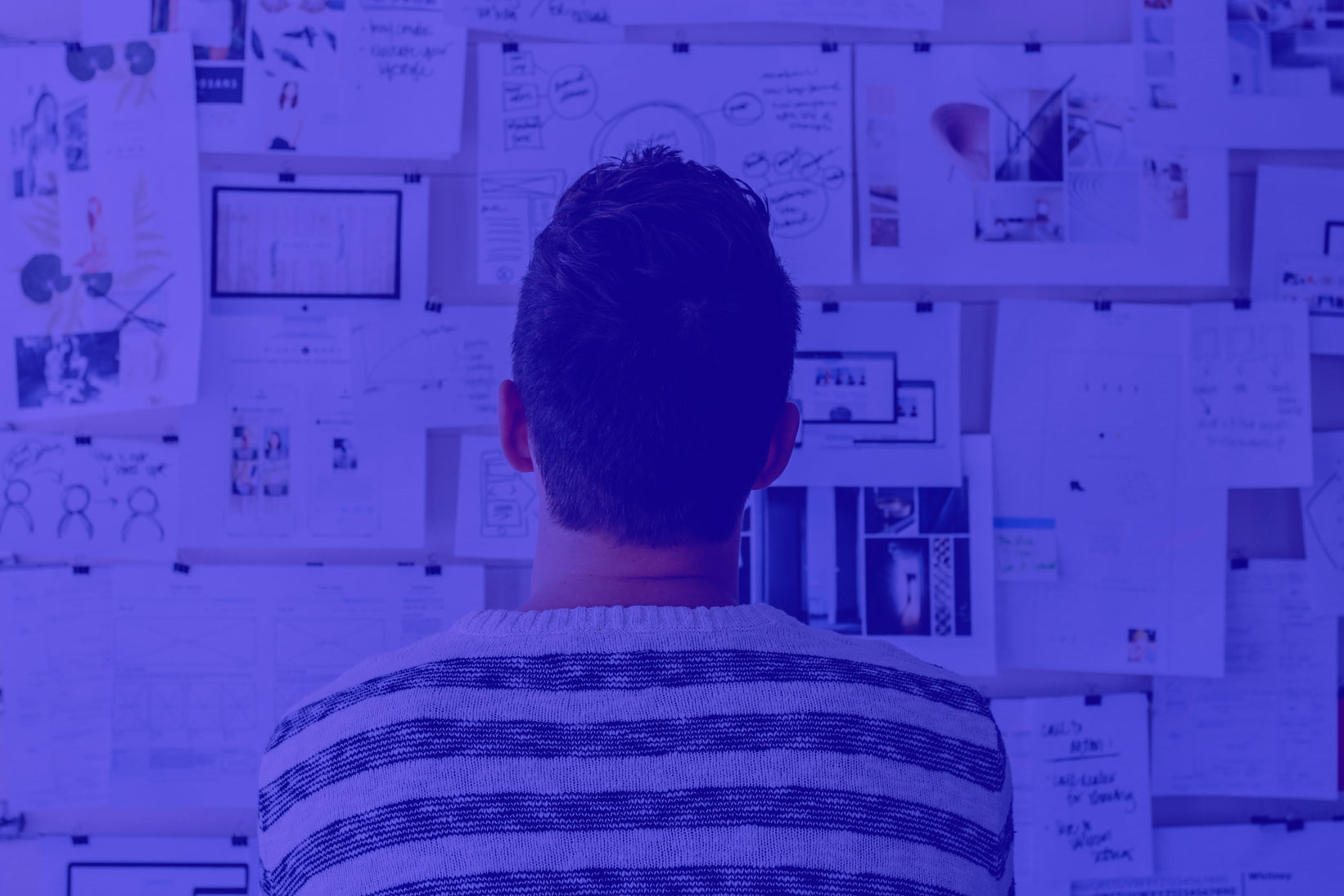 Investor Capital Is Being Withheld from Gnosisdao | Arca 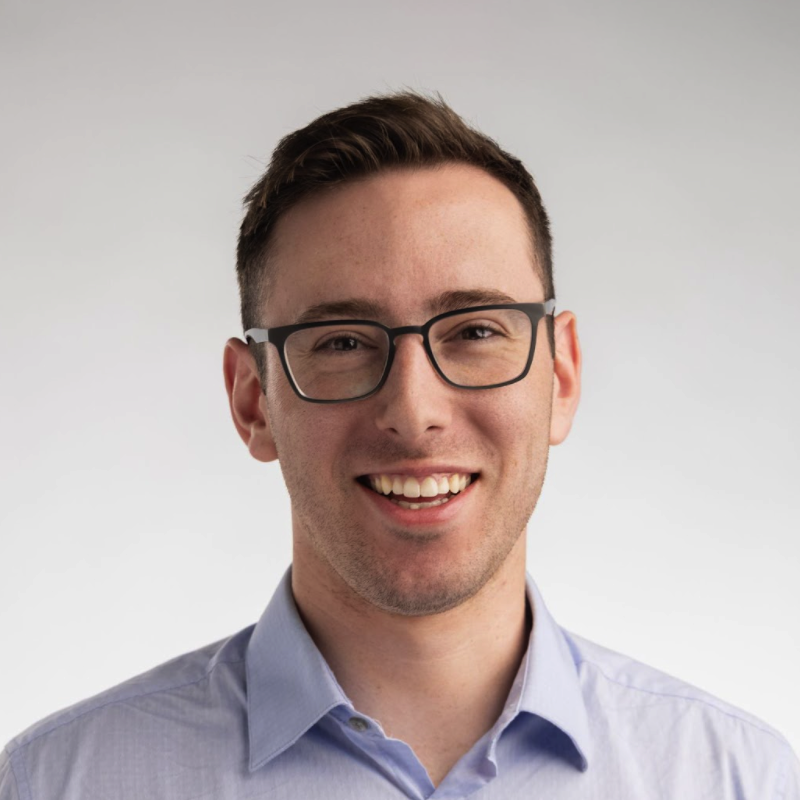 A Dive into Gnosis Treasury and corresponding wallets

Arca has been engaged in discussions, privately and publicly, with Gnosis and Consensys since May 2020, and we are happy that we have been a catalyst for positive change and GNO price appreciation.  Recently, Gnosis made strides towards improving the value of the GNO token via the release of the GnosisDAO, which oversees 150k ETH and 8m GNO from its treasury.  We applaud these actions as a good first step.  However, our biggest concern continues to be transparency around treasury management, their use of investor capital, and the arbitrary decision process as to what assets have been contributed to GnosisDAO versus those assets kept on Gnosis Ltd.’s Balance Sheet.

Arca has made a proposal in the GnosisDAO governance forum. In our proposal, we suggest that GnosisDAO allocate 30 ETH to an independent blockchain analytics firm, such as Nansen or Chainalysis, to conduct a full transparent audit on Gnosis’s wallets and provide an accurate description of assets in its treasury.  We believe Gnosis is still withholding an estimated $17.8 million of assets that belong to GNO token holders via the DAO, even after Gnosis already set aside a generous 25k ETH for a 2-year runway to run operations.  After said audit confirms our analysis, GnosisDAO should reallocate all assets that were purchased, or farmed using capital raised from GNO investors from Gnosis Ltd. to the GnosisDAO.

Supporting Information: An on-chain analysis of Gnosis’s wallets
Link to analysis
After a thorough on-chain analysis of Gnosis’s wallets, we believe Gnosis is still withholding an estimated $17.8 million of assets that belong to GNO token holders via the DAO.   This does not include the additional 25k ETH that Gnosis Ltd is reserving for working capital and runway, 500k GNO held for employee compensation, or OWL held in tracked wallets.  Arca believes all assets that were purchased by Gnosis through venture bets or ICOs, and all revenues created via farming and trading, should accrue to the GnosisDAO rather than Gnosis Ltd, since all of this was accomplished using investor capital raised through the GNO ICO.
By tracking transactions out of the two main treasury Multisigs since the beginning of the year, we have found the following 5 addresses that were created by, and actively used by Gnosis.
* See Appendix II

Analysis of what exists in the Gnosis Treasury - How do we get to $17.8 million of misallocated capital?
In the release of the GnosisDAO, Gnosis stated that 83% of its ETH treasury will be released to the GnosisDAO. However, with investor's capital, Gnosis has made venture and ICO investments and participated in risky yield farming and trading activities thereby making the 150,000 ETH promised to the DAO an inaccurate representation of the Gnosis Treasury. Based on the above wallets we have accounted for an estimated $135,130,812 in total assets under the control of Gnosis Ltd. Removing ETH and ETH equivalents that were allocated to the DAO, ETH and ETH equivalents kept by Gnosis Ltd., 8mm GNO contributed to the DAO, and OWL retained by Gnosis Ltd, to operate Mesa, there is still an $17.8 million shortfall.  Since Gnosis is only returning 150k of the 250k ETH raised in the GNO ICO to the GnosisDAO (returning just 60 cents on the dollar), we believe that all money created through investor capital should be immediately returned to the community rather than kept on the Gnosis Ltd. balance sheet.  This includes any equity or SAFT agreements that Gnosis Ltd has made with treasury funds into projects such as IDEX, Zerion, Gelato Network, and Linkdrop Labs.

With much of this capital shortfall coming from profit-maximizing activities and venture bets, should there ever be a proposal by the GnosisDAO for further yield farming and venture investments, there needs to be greater transparency documenting the flow of funds and the risks Gnosis is taking to generate these yields.   Per the section below, Gnosis has been generating these gains to date in an entirely non-transparent manner.
Demanding Greater Transparency of Wallets That Hold Treasury Balances
Historically, Gnosis has held its Treasury in two main wallets. The first is Gnosis Treasury Multisig 2, where investor capital flowed into this wallet from its ICO back in May 2017. The second wallet, Gnosis Treasury Multisig 3, was used for other activities such as investing in Raiden Network ICO as uncovered in our presentation to Gnosis.  Both wallets have been completely liquidated; Multisig 2 on October 23rd and Multisig 3 on October 7th.
Within the wallets stated above, we found the following unreported actions by the Gnosis Team:

With all of these actions being non-transparent, and the liquidation of the two treasury multisigs making it harder to track Gnosis’s treasury, we believe that it is time for Gnosis to begin being more transparent with GNO token holders.  The YFI community is only 6 months old and has already begun releasing quarterly updates on their treasury.  Gnosis Ltd. should do the same bare minimum of reporting.


We believe that if Gnosis Ltd. wants to have an actual positive impact on the development of Web 3, and create a more transparent and decentralized financial system, it needs to lead by example.  Additionally, if Gnosis wants the GnosisDAO to succeed, they need to begin to work with their community to improve it rather than non-transparently padding their own equity and salaries.  This must start with a full, transparent, third party audit of Gnosis’s wallets, transactions, and balance sheet, and the reallocation of all assets that were purchased in both primary and secondary markets, farmed, or traded using investor’s capital to the GnosisDAO. We will be issuing a proposal to start this process within the GnosisDAO.

If you have any questions about our analysis, or want to participate in our proposal to GnosisDAO feel free to reach out at research@ar.ca.
Appendix I. Liquidating Treasury Wallets
Multisig 2:

Appendix II. Wallet Tracking
Wallet 1
Wallet 1 was created May 6th, 2019, and looks to be a holding wallet where Gnosis has stored 76,233.24 ETH.  This has seen inflows from both Gnosis Multisig 2 and Multisig 3. This  is most notable because this is where Gnosis transferred all remaining ETH into when liquidating both of the Multisigs.  Wallet 1 has had two outflows into “Wallet 2” for the sum of 3080 ETH.  Wallet 2 is where Gnosis continues to participate in Yield Farming.

Wallet 2
Wallet 2 was created June 16th, 2020, and seeded with 5m USDC on June 17th.  Wallet 2 is one of Gnosis’s yield farming addresses and created to participate in COMP liquidity mining, which was released on June 16th, 2020. Gnosis began farming on the 19th supplying 2m USDC on Compound and borrowing 1m of USDT.  Later on July 14th, they supplied the rest of the USDC (3m) and borrowed an additional 1.5m USDT.  Wallet 2 also saw inflows of 710 ETH fromGnosis Multisig 3 on October 8th, 2020, one day before they drained the rest of the ETH in Multisig 3 to Wallet 1.  Since the liquidation of the two Treasury wallets, Wallet 2 saw inflows from Wallet 1 on Nov. 4th, 2020 of 780 ETH and Nov. 10th of 2300 ETH.  In Wallet 2, Gnosis has been continuously yield farming DEFI tokens since the creation of Wallet 2, the last transaction of this wallet was receiving rewards for providing liquidity to Curve pools on Nov. 10th, 2020. 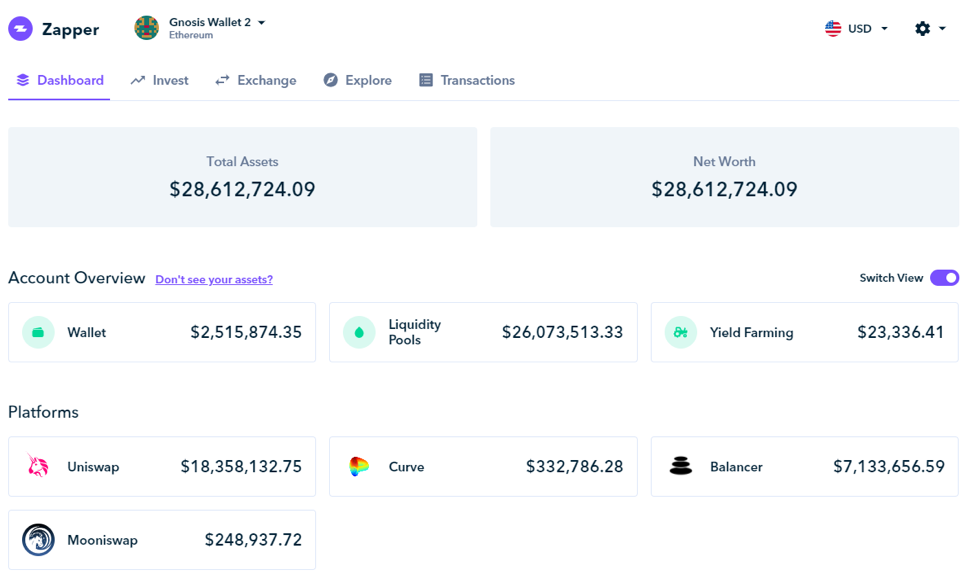 Wallet 3
Gnosis Wallet 3 is similar to Gnosis wallet 1 as it acts as an intermediary/holding wallet, acting as a buffer between Gnosis Treasury Multisig 2 and Wallet 4 and 5, other farming and trading wallets. 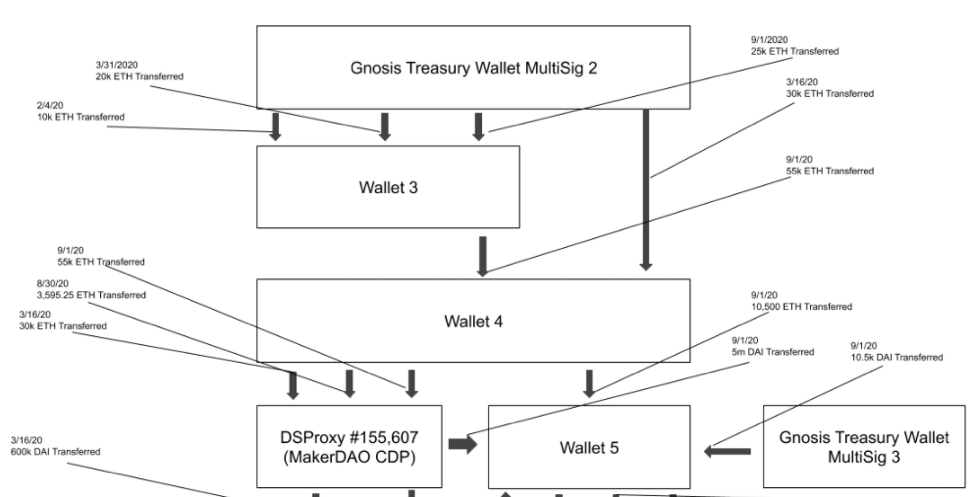 There has been 1 outflow from Wallet 3 to Wallet 4 worth 55k ETH liquidating the entire wallet.

Wallet 4 is the wallet Gnosis used to create a CDP and borrow Dai. It was created Mar 16th, 2020, 4 days after Crypto’s Black Thursday, with 30k ETH inflows from  Gnosis Treasury Wallet multisig 2.  Due to issues with Maker’s liquidation process, DAI’s peg broke to the upside reaching as high as $1.08.  In Wallet 4, Gnosis used treasury ETH to create a CDP, mint 600k DAI and arb the price of DAI on Mesa.  This was done before Mesa was released and why we saw outlier volumes during their beta testing phase.  By selling Dai on the pre-released Mesa, Gnosis used their most loyal community members who were testing out the exchange and providing feedback as liquidity.

Wallet 5 was created on Sept 1st, 2020 to liquidity mine Sushi tokens and was initially seeded with 10.5k ETH from Wallet 4, 5m DAI from their CDP, and an additional 10.5k DAI from Gnosis Treasury Multisig 3.  This was added to the ETH/DAI Uniswap pool which was one of the Sushi reward pools before the migration.  They then staked the LP tokens they earned onto Sushi Swap and repeatedly sold SUSHI tokens on 1inch. Additionally, Wallet 5 was used to provide liquidity to the DAI/USDC pool on Mooniswap. 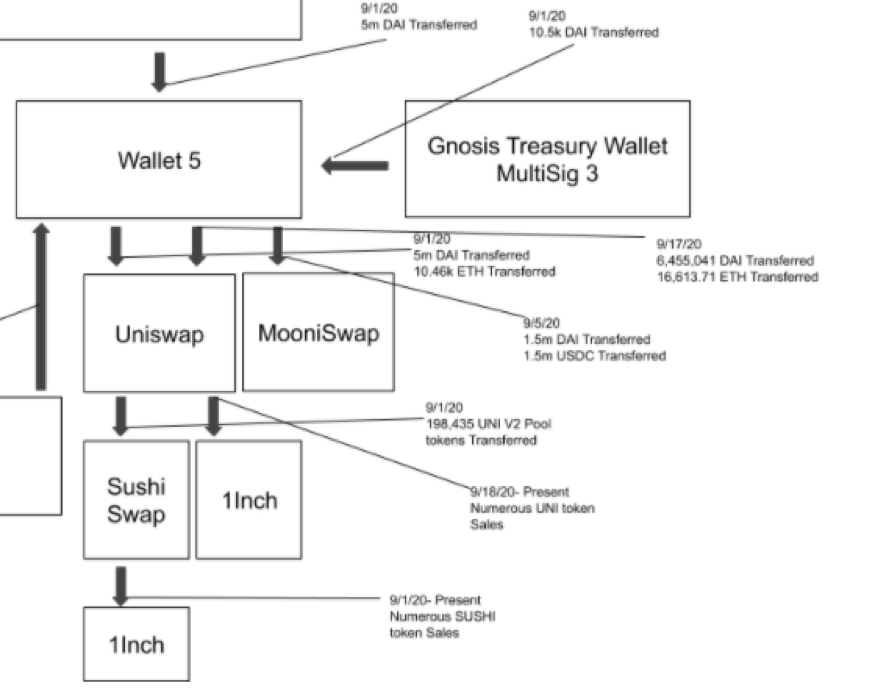 These Stories on Hedge Fund