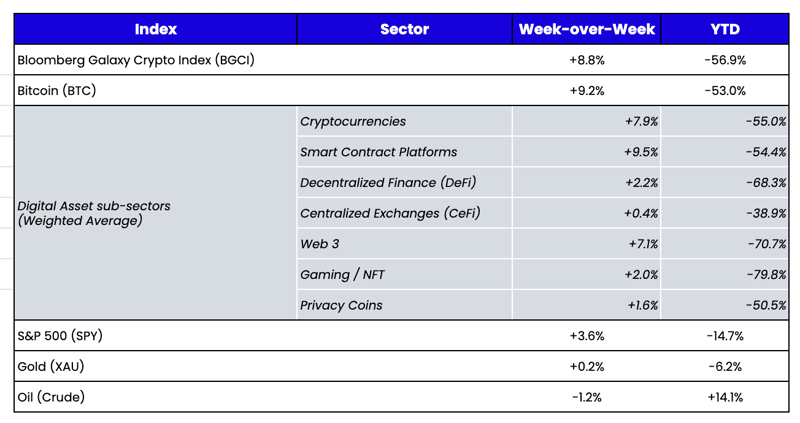 Source: TradingView, CNBC, Bloomberg, Messari
Before the Big Events Come This Week
Digital assets broadly moved higher last week, but this time, Bitcoin joined the rally as well.  While neither BTC nor ETH has been the story in digital assets the past few weeks (instead, the stories have been bankruptcies, DAO liquidations, governance proposals, blockchain reorgs, and a flurry of news and conferences), it is notable that the ETH/BTC ratio fell sharply last week after rallying for most of the past three months. Bitcoin finally caught a bid for various reasons—most notably, the U.S. dollar retreated after the ECB raised rates 75 bps, and news that Microstrategy (MSTR) is considering yet another BTC purchase financed by selling stock. 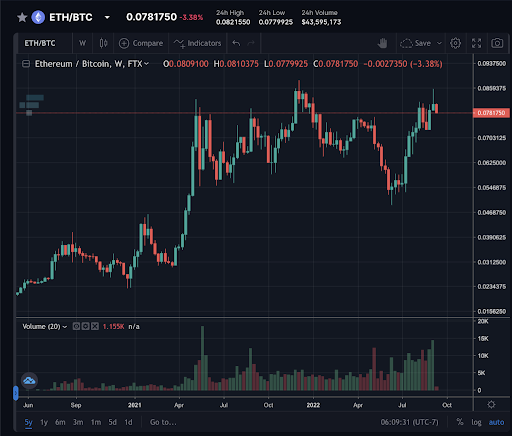 Source: FTX
However, all of last week’s moves will likely prove meaningless ahead of the big showdown this week. A triple whammy is set to hit the market, which could cause explosive price action:
The most bullish case would be:
The bear case would be the opposite: higher CPI m-o-m, an SEC “win,” and problems with the ETH merge.
It’s notable that the options market does not seem to be fully pricing in the potential fireworks show.
Source: Skew
Gensler and His Crusade
Speaking of the SEC, we’ve seen quite a few headlines from Gary Gensler over the past few years, usually striking a similar tone (the following is paraphrased):
“All tokens are securities.”
“The SEC should be the agency that regulates digital assets.”
“The digital assets market needs a ‘cop on the beat’ to keep investors safe.”
Typically, these soundbites have led to negative price action. But last week, the market completely ignored Gensler’s latest speech.
I recommend reading Matt Levine from Bloomberg’s assessment of the SEC, Gensler, and digital assets. It is probably the most straightforward, unbiased opinion of where the SEC is right, and where they are not.  If you’re short on time, here are my favorites from Levine: 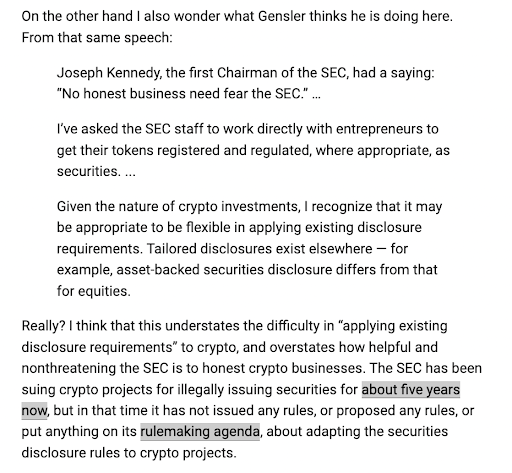 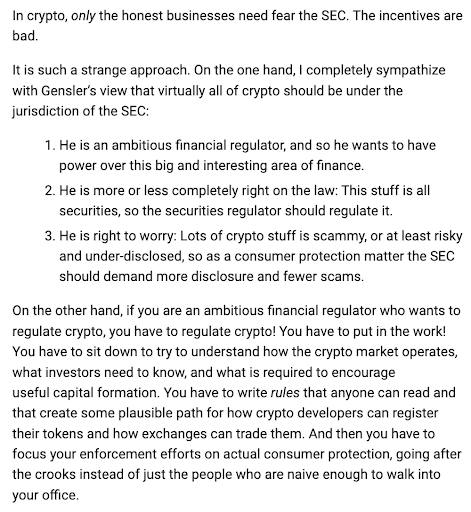