Written by Jeff Dorman, CFA
Sep 8, 2020
What happened this week in the Digital Assets markets?
Week-over-Week Price Changes (as of Sunday, 9/06/20)
Source: TradingView, CNBC, Bloomberg
When Bitcoin Correlations Break Down
It’s hard to remember that global markets performed quite well on the first day of September trading, with stocks continuing their ascent following a record August, and digital assets rallying 3-10% across the board. This of course did not last, culminating with four straight days of selling that continued into the long holiday weekend.
The week before, we discussed how the gold / Bitcoin correlation was approaching 1.0, trading in near lock-step before, during, and after Fed Chairman Powell’s speech. We also mentioned that Bitcoin correlations are spurious, and narratives can and do change quickly. Right on cue, the gold / Bitcoin trade fell apart last week, with Bitcoin falling 13% week-over-week while gold was essentially unchanged. Instead, Bitcoin began to move more closely with risk assets like technology stocks and oil.
The reality is, Bitcoin is neither correlated with gold nor equities nor oil. This is exactly what an uncorrelated asset does -- it confuses everyone. The entire digital assets market began its slide early Tuesday morning, and at the time, equity futures were still green. It was a full 3 hours later when the wheels came off the equity bus, and at that time Bitcoin and other digital assets had already fallen precipitously. However, the narrative du jour was that Bitcoin followed stocks lower, and as such, Bitcoin traders watched TSLA and other Nasdaq stocks for clues for the remainder of the week.
We’ll see which asset Bitcoin finds itself correlated to this week.
So What Was the Catalyst?
A 13% decline in Bitcoin and a 20%+ decline in Ethereum and other related assets (like DeFi tokens) over a condensed 48-72 hour period, with no real catalyst, usually means 1 of 2 things:
1) This is just a healthy reset after a fast and furious summer rally, and historically, market participants have been rewarded for buying digital assets on dips. We give you Exhibit A - June 2019: After Bitcoin rose 100% from April 1st to June 1st, Bitcoin fell 12% to start June before gaining almost 100% in just 14 days to end the month.
2) We are missing the catalyst
Bitcoin Rose over 100% from 4/1/2019 - 5/31/2019, then fell 12%, before rallying another 100% in late June 2019

To figure out if we’re missing the catalyst, let’s take a look at some of the signs of stress that we’d expect to see if this digital asset rally was truly over:
Source: Skew 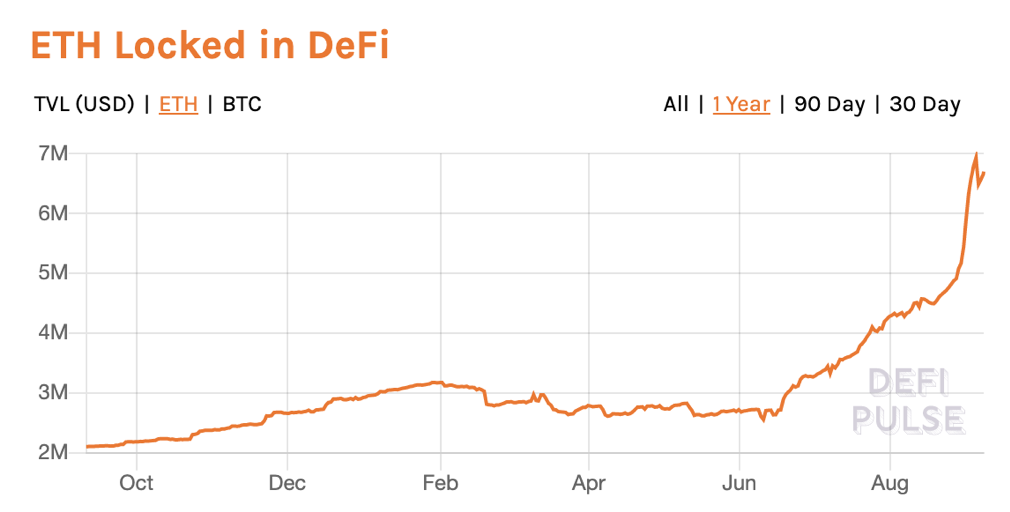 Source: Bloomberg
The most obvious rationale for last week’s rout was simply “more sellers than buyers”. Both BTC and ETH Miners were selling, and this market still isn’t mature enough to absorb an increase of selling pressure from the market’s biggest investors. This is not unlike the traditional debt/equity world, where market participants generally know when a big seller like Blackrock or Fidelity is selling. But those markets are mature enough to bid lower and move on, whereas the retail-driven nature of digital asset investors, coupled with high usages of leverage, typically turn a small increase in selling pressure into a short-lived leveraged unwind. Worse, in fact, since the miners know this will be the market’s reaction; they accelerate the selling by buying puts, which causes dealers to delta and gamma hedge by selling spot or futures. While the digital assets market has shown strong signs of diversification and bifurcation this year, many assets still trade against BTC or ETH, which causes a “student body left” one-way trade down when both BTC and ETH crater.
Last week was definitely nasty, but as miner selling pressure begins to ease, we’ll likely need a more long-lasting catalyst to keep this market heading south. 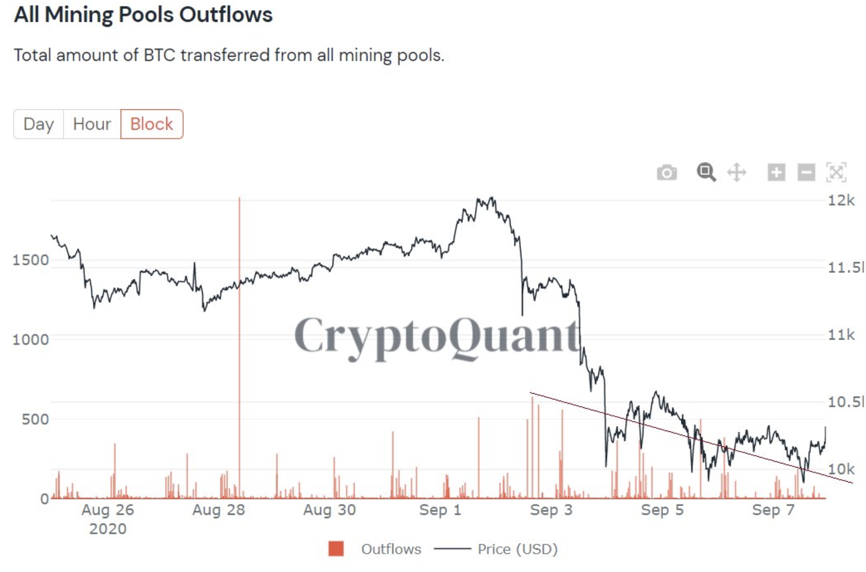 Source: Twitter / @lightcrypto
What We’re Reading this Week
Why Stablecoins Are Starting to Take Off In Argentina
With distrust for the Argentinian Peso, stablecoins have found a foothold in the country this year, with usage increasing across the board. Given the country’s high inflation, economic crisis and general distrust of banks, Argentina is ripe for disruption from stable value tokens Foreign currency controls and Covid-19 have pushed usage forward in recent months as individuals look for ways to evade government regulations and in-person transactions. One local exchange mentioned that it had seen an 8x increase in stablecoin volumes mostly from Argentina. Despite this, the government is continuing to crack down on stablecoin usage and dollar purchases.
You Think Crypto Isn’t Ready to Be Money? Consider the Coin Shortage
The US is currently experiencing a coin shortage as a result of the Covid-19 pandemic, and the breakdown in the US’s monetary system is currently being questioned as many wonder if we’ll begin to see the end of cash payments. Despite there being an estimated $48b+ in circulating coins in the US, coins have been in short supply since mid-June with many Americans unwilling to cash in coins they are keeping at home. This combined with a low supply emission of new coins has led to a cash crunch at retailers who are unable to hand out change in denominations lower than $1. While many have called on the institution of a digital dollar to combat these problems, digitized money (aka cryptocurrencies) is not a perfect solution. 26% of payments are still made in cash, with the heaviest users being from low income populations, leading many to question how a completely digitized monetary system could further disenfranchise these groups.
Metamask Launches a Mobile App
Metamask, one of the most widely used Ethereum wallets, launched a mobile app last week that works to limit the sharing of a user’s payment information across various sites. To date, if someone made purchases across various websites, they are required to provide their banking or credit card information to each of those sites, which allows them to be tracked and potentially have their information exposed. Metamask’s new app works to limit sharing by generating a new Ethereum address every time a user makes a payment. We’re seeing this continuous movement towards “Web 3” - the new internet era driven by decentralized internet services and increased user protections - driven by companies such as Metamask and others in the digital assets community. The newly launched app id intended to bring increased mobile usage to digital assets and continue to push us into the Web 3 future.
Saudi Arabia Pitches Blockchain-Based Business Passport to Boost Trade Finance
In a white paper published last week, Saudi Arabia has proposed to the G20 a “Global Value Chain” (GVC) passport that would be used to decrease bottlenecks in the international business supply chain. As Covid-19 has slowed business and separated countries that normally have free-flowing business, countries are considering alternative systems to lower the barriers for business to continue, especially SMEs. The proposed system would be a “real-time source for global regulators to verify business’ accreditation claims“. The applications of blockchain technology are broad and we are continuing to see proposals for its usage to tackle global business problems such as this one.


And That’s Our Two Satoshis!
Thanks for reading everyone!
Questions or comments, just let us know.