Written by Jeff Dorman, CFA
Feb 18, 2020
What happened this week in the Crypto markets?

February 2020 MTD Returns (through Sunday 2/16/20):
Of course, Bitcoin digital assets rose 93% in 2019 (vs the S&P 500 +29%) and Bitcoin is currently +35% YTD (vs the S&P 500 +5%), but it is somewhat coincidental that February’s returns are nearly identical in the face of a near certain economic slowdown caused by COVID-19.  As a result, this is a good time to think about short-term temporary effects versus long-term secular trends.
While we evaluate the long term ramifications of COVID-19 on broad financial markets, there is past evidence from SARS/MERS & Ebola that it may present a short term downside effect but little long-term effect. With central bankers at the ready to provide liquidity, it could be assumed that even if GDP estimates for Q1 get lowered, the market will immediately look towards the 2Q recovery.  And even if more companies lower guidance, equity investors are likely to cheer beating lowered expectations and higher forward guidance. 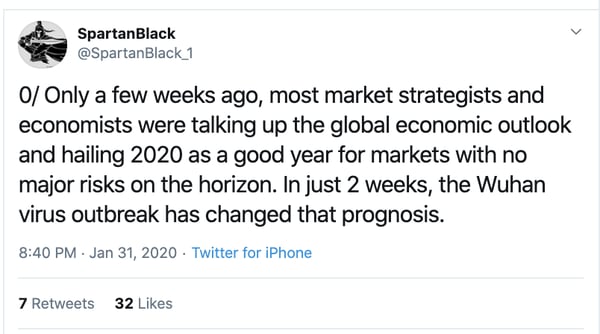 Endless money printing and rising debt is crushing younger generations who will need to carry this burden, but don't own enough inflation-protected assets to offset.  This is a big reason why "trustless, bankless, government-less" investing is taking off amongst younger investors and technology users. With the national debt rising to 98% of GDP, Coinbase CEO Brian Armstrong nailed the thought process of today's youth:

“Most people today probably still think of cryptocurrency as funny money, or a speculative asset class. But I believe we're going to see this perspective flip, probably starting with young people as with many things, where holding a government's currency is seen as funny money, and crypto is seen as real money that people can't tamper with (at least control is decentralized and I can trust people to review the open source code).  Why put your livelihood into something that could be manipulated or devalued without your input.”

Chart 1a & 1b: Financial economist John Hussman has his own proprietary indicators that estimate asset class returns over the next decade.

“The prospective 12-year total return on a conventional passive asset mix (60% stocks, 30% T-bonds, 10% T-bills) is now setting the lowest level in history, below even 1929.  The ratio of nonfinancial market cap to corporate gross value-added (+ estimated foreign revenues) is the single most reliable valuation measure of scores we've studied or introduced (this in 2015). It would take a 10% drop to 3000 on the SPX to raise prospective 12-yr returns to 0.” 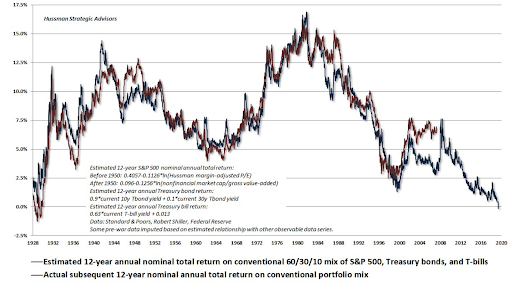 Combine that with GMO’s somber 7-year forecast, and it’s no wonder market participants are beginning to look elsewhere.  In fact, in Bitwise Asset Management’s most recent survey of 400+ financial advisors, the “Low / uncorrelated returns with other assets” was the #1 motivation for including digital assets in portfolios. 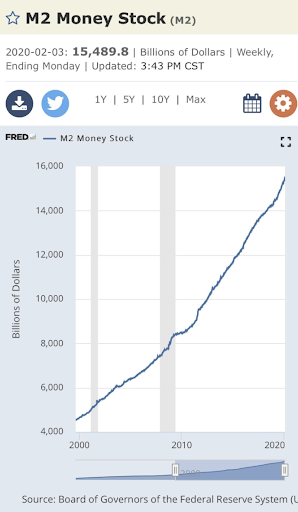 Chart 3:  Charles Schwab released a report detailing how investors are investing by age demographic, and Bitcoin is now the 5th largest holding of millennials.

Chart 4: Unlike other asset classes where transparency is difficult at best, the growth of Bitcoin is right in front of us. 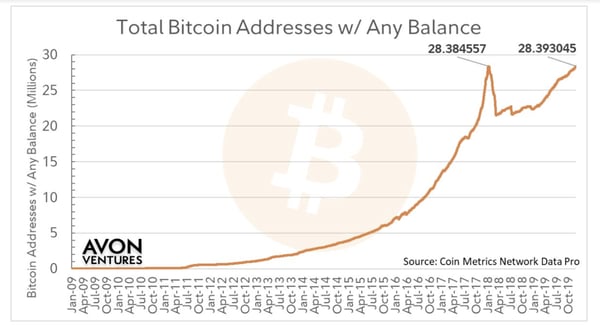 Economic growth is declining, while crypto is undeniably growing.  These charts may be all anyone needs to know at a high level. Would you rather invest in a melting ice cube or a growth industry?

Can you Gain Exposure to Crypto via Traditional Equity Vehicles?

Of course, there are many ways to get exposure to Blockchain other than outright owning digital assets or investing in private fund vehicles that invest directly in digital assets.  Many investors, and sadly financial advisors with limited playbooks, prefer to invest in what is easiest instead of what is the best risk/reward. But these other vehicles just haven’t been a good proxy for digital assets thus far.
With a Bitcoin ETF nowhere near approval, the ways in which you can get exposure to Blockchain via public equity markets have not been great, pure play vehicles.
Those looking to use traditional investment vehicles to gain exposure to digital assets aren't getting what they hoped for.  The playbook has to expand.
Notable Movers and Shakers
Last week marked the 8th straight week of Bitcoin Dominance decline (-1%).  The rest of the market significantly outperformed Bitcoin last week before giving most of it back during the weekend selloff. This was only the second week of 2020 where Bitcoin finished lower (-2%), as market participants have gotten a bit skittish. Instead of focusing on the market-wide sell off, let’s take a look at what caused idiosyncratic movements in the space:
What We’re Reading this Week
FinCen to Release New Rules on Cryptocurrency Transparency
According to a statement last week from Treasury Secretary Mnuchin, the US is planning new rules for cryptocurrency and digital payments systems. Mnuchin stated that new rules were needed to increase transparency around cryptocurrency transactions to reduce money laundering and terrorist financing. In addition, he also mentioned that he and Federal Reserve Commissioner Powell do not need to consider a central bank digital currency at this time, but might be something they consider “down the road”. It is unclear what new regulations FinCen will be releasing and what type of impact it could have on crypto businesses within the US.
JP Morgan To Merge its Blockchain Unit with ConenSys
JP Morgan is in talks to merge its blockchain unit, Quorum, with startup ConsenSys. Quorum is JP Morgan’s version of the ethereum blockchain which facilitates interbank transfers among 300 banking partners and is the blockchain upon which JPM Coin would be issued. JP Morgan has been exploring whether it should spin off the Quorum team for the last two years and a merger with ConsenSys makes sense given the startup’s experience with the Ethereum blockchain. The spin off would not have any impact on the current projects running on Quorum according to the  bank.
Citi and Goldman Sachs Conduct First Equity Swap on Blockchain Platform
Citi and Goldman Sachs conducted its first equity swap last month on the Axcore blockchain which runs Axoni, a decentralized app (dapp). Axoni is designed to reconcile any number of equity swaps across multiple financial institutions, although just Citi and Goldman have used it to date. The process for equity swaps is currently incredibly manual requiring large teams at banks to comb through all the necessary data to ensure it matches. The blockchain based system means that both banks have greater visibility into the data on each side of the transaction, greatly reducing errors. Axoni’s product is yet another way blockchain is revolutionizing the back office processes of Wall Street.
One of Europe’s Oldest Banks to Tokenize Securities
German-based Bank von der Heydt, has partnered with Bitbond, a financial services provider to tokenize securities via the Stellar platform. The tokenized securities will be in the form of private placements which will then be offered to the bank’s institutional clients. As we’ve discussed in many other instances, the private placement market is ripe for disruption from tokenization and efforts such as these are promising for the industry.
And That’s Our Two Satoshis!
Thanks for reading everyone!
Questions or comments, just let us know.

The Four Types of Digital Assets

Compound Perfectly Exemplifies the Good and the Bad of Digital Assets