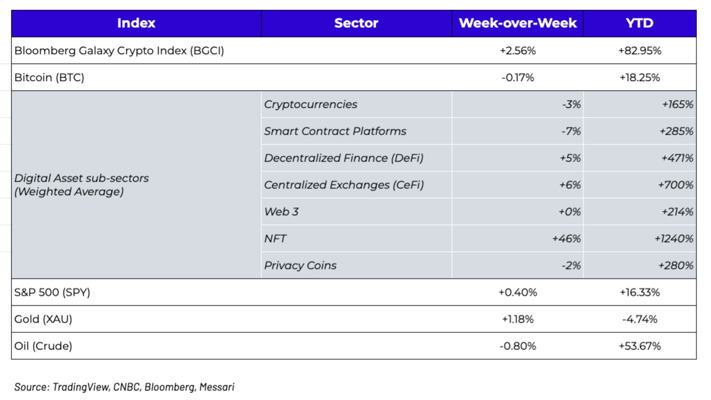 Everyone Hates Banks
Of all of the egregious fees that the banking industry extracts from customers, overdraft fees may be the most absurd.  Banks can borrow for basically free, and all transactions are just electronic records which means there is no actual cost incurred if a balance briefly dips below $0.  But given the profitability of this business line, there is very little being done to protect consumers from incurring overdraft fees. In 2020, banks collected $31 billion in overdraft fees.
But banks don’t receive any revenue from digital assets.  In fact, if digital assets ultimately succeed, the ability to combine your investment vehicles and your payment vehicles into one freely sendable asset will ultimately compete with many revenue lines of banks and brokerages.  So naturally, the banks are now stepping up their efforts to “protect consumers from digital assets”.  Last week Barclay’s announced that customers would no longer be able to send funds to Binance, for their protection. Needless to say, those customers that were affected were furious.

Barclays has had 40 violations since 2000, accruing fines totaling almost $6 billion. Barclays has also been accused multiple times of abetting money laundering.  Their stock is -87% since 2007.  Meanwhile, the digital assets industry passed major stress tests in March 2020 and again in May 2021, without any government assistance or bailouts, and continues to grow despite so many efforts to thwart its success.  Many of the exchanges, including Binance, have generated tremendous gains for both customers and shareholders.

Source: TradingView
The banks are simply focused in the wrong place.  Current Binance US CEO and former Comptroller of the United States, Brian Brooks, may have summarized it best on his way out of Washington.  We now have a solution to putting power back in the hands of the people, instead of governments and banks trying to “protect us” from our own success. 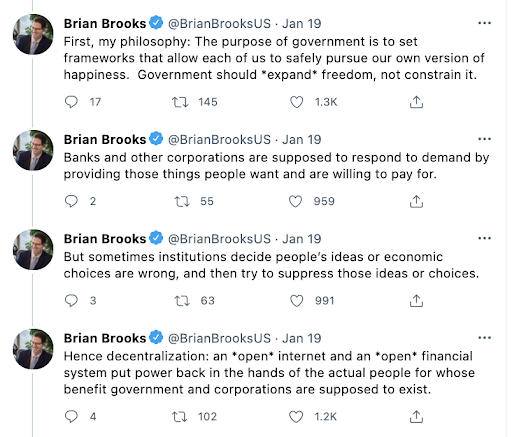 Axie Infinity grows revenues -- AXS token skyrockets
One of the tokens that is no longer available to Barclays’ customers is Axie Infinity (AXS), a gaming token which was first listed by Binance in November 2020.  The AXS token rose +123% last week, and has gained over 14,000% since it was listed on Binance nine months ago. This is not a decentralized cryptocurrency.  This is a company, with a CEO, a parent company with privately owned equity, a real business model, and rapidly growing revenues, all of which existed prior to Axie issuing its AXS token. The token was issued to help bootstrap the growth of the company, and almost every customer and fan of the game had a chance to buy this token in the early days of its growth.  Axie also popularized the newfound “play-to-earn” gaming model, and it has been a wild success.  Arca portfolio manager and NFT expert, Sasha Fleyshman, pointed out, “play-to-earn turns sweat equity into actual equity. It aligns players with games in a way that has never been done before.”
As we discussed last week, Bitcoin is one of the worst performing digital assets YTD.  What we didn’t mention was that some of the best performing digital assets YTD are all similar to Axie Infinity - real companies, with real cash flows, a token that accrues economic value, and a way to measure its success.  These companies also align their customers, employees and other stakeholders with their success.
Top dapps and blockchains based on cumulative protocol revenue in the past 180 days 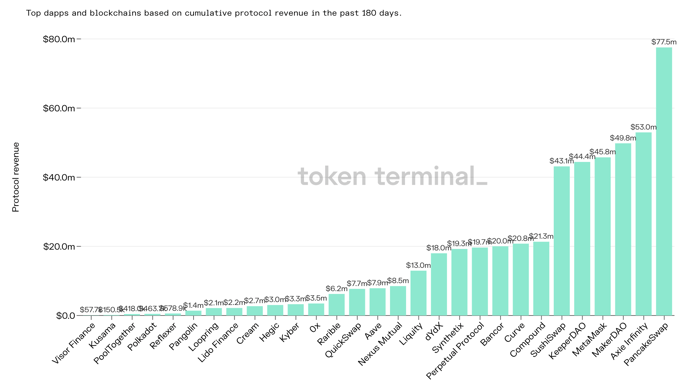 Source: TokenTerminal
These off-the-run small caps may not be as exciting for the media to talk about, and certainly aren’t profitable enough for the largest asset managers, OTC shops and exchanges to focus on, but they are doing exactly what we expect digital assets to do --- turning customers into equity owners.  In a world where employee and customer alignment has never been further away from company profits, it’s refreshing to see digital assets figure out the model for success. 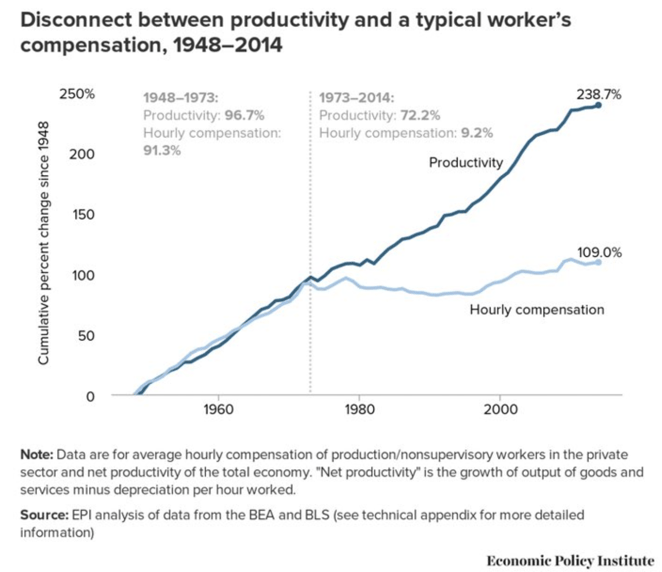