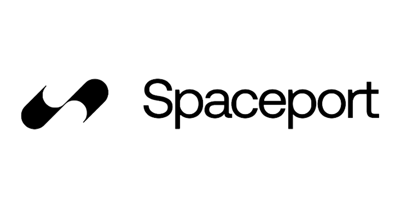 Description:
Spaceport is accelerating the growth of the next digital economy by building tools for creators, brands and agencies to monetize their intellectual property. With a mission to break down the real-world limitations of IP, Spaceport offers a universal licensing catalog that enables greater deal velocity and provides exposure to the metaverse vertical.

Licensing has traditionally been a pen-and-paper industry where deals can take months to transact. Smaller creators are also locked out of the market due to the overhead involved. Spaceport’s protocol and first application, Spaceport Core, solve these inefficiencies by providing a streamlined, one-stop-shop approach to monetizing IP for creators, brands and agencies, while bridging the gap between Web2 and Web3.

Opportunity:
NFTs do not have the functionality to differentiate rights and ownership; licensing solves this discrepancy. Licensing as a global market is valued at $300 billion annually which Spaceport seeks to grow into a multi-trillion dollar market. Currently, very few licensing transactions are completed on-chain. Spaceport is unlocking this $300 billion opportunity by breaking down the boundaries between traditional, real-world licensing and Web3 to create a universal licensing catalog that can be used in any vertical.
Customers:
Spaceport is a universal licensing catalog, resulting in three main customer groups. The first are licensors—those who provide their assets to be used through the platform. The second are licensees—those who want to utilize the assets provided by Spaceport. The third are agencies—those that provide curation, creativity, dealmaking, and other value added services to help licensors and licensees close deals.
Team:

Le Zhang is the Co-founder and CEO of Spaceport. He is a serial entrepreneur, most notably exiting his previous B2B SaaS startup, Squadle, which serviced some of the largest brands in the world such as McDonald’s, 7-Eleven, and Hyatt. Prior to Squadle, Le was part of Batch 18 at 500 Startups and founded a boutique Node.js and iOS technology consulting group focused on rapid prototyping.

Lida Tang is the Co-founder and CTO of Spaceport. He has been founder of multiple B2C and B2B companies while leading development and technical direction. Earlier in his career, Lida launched two billion-dollar gaming franchises –BioShock for Take-Two Interactive and Saints Row for Deep Silver – before starting his mobile app tooling company and co-founding an indie game studio.

Read More on The Block: