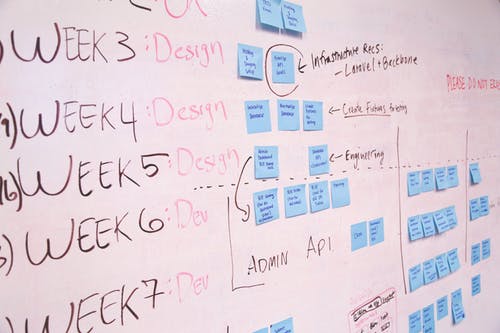 Is Regulation for Stablecoins Coming Sooner Than You Think? Written by Jerald David
May 18, 2020
The digital assets landscape has evolved since the genesis of Bitcoin 12 years ago. Throughout this time, many decisions were made that have impacted how the industry matures and operates. Arguably, none of these decisions have had more impact on our industry than the few times the US regulators have exerted authority. The most prominent in recent memory was in 2015 when the Commodity Futures Trading Commission determined that Bitcoin is a commodity, which changed the nature of trading and ultimately led to CTFC oversight. Additionally, this news helped launch the Bitcoin futures market, helping differentiate Bitcoin from all other digital assets.  Since then, global regulators have been relatively quiet on the ‘rulemaking’ front, stating that they don’t want to stifle innovation, rather the industry should rally around solutions first with regulation coming after.

Is it possible for the growth in digital assets, specifically around stablecoins (central bank digital currencies, Libra, etc.) and the corresponding attention placed on them, is putting us on the precipice of another impactful regulatory decision? All signs point to yes -- if you look to the Financial Stability Board (FSB) and their recently released report Consultation on Global Stablecoins. For background, the FSB’s mandate is to coordinate on an international level with national financial authorities and international standard-setting bodies in order to develop and promote the implementation of effective regulatory, supervisory and other financial sector policies. Members of the FSB include 68 different member institutions hailing from the United States, China, UK, Japan, Switzerland, Korea, Germany, France, and also institutions like the ECB, World Bank, IMF and many others.
While the FSB has maintained a watchful eye on cryptocurrencies, it was the announcement of Facebook’s proposed Libra coin in June 2019 that made them take notice. The potential for mass adoption led the FSB to examine regulatory issues related to what it termed "global stablecoins," (GSCs) and provide the G20 with a response. Nine months later, in April 2020, the FSB released Consultation of Global Stablecoins which provided a precise overview of GSCs but more importantly contains a request for comment on 12 key questions that are open to the public. Some of the questions include:
The answers are slated to be included in a report scheduled to be issued in October 2020, which also has the potential to include global regulatory guidance for some of the largest crypto jurisdictions regarding the future of GSCs.
It is clear that standards are needed for stablecoins. Largely operating in the unregulated corners of the financial landscape, stablecoins’ importance to the marketplace is becoming too large to ignore. Despite this widespread adoption, there have been several hiccups within the stablecoin ecosystem. None more notable than when Tether, the world’s most popular stablecoin, announced it was backed by only 74% cash and equivalents. This is by Tether, the leading stablecoin, which trades more than BTC, and has a market capitalization of almost $8 billion. Most mature markets would have seen a sell-off immediately combined with a major spook to “investor confidence” and inevitable long-term damage. Tether has more than doubled in market capitalization since then. Institutional investors will not tolerate that kind of risk - delaying their entry into this new asset class.
Unfortunately, the digital assets space is too immature for its large market participants to act as self-regulating organizations, especially when many lessons learned from traditional finance do not apply to this space. This leaves a large void for regulators to fill. Last year, the SEC published a framework for determining whether digital assets are investment contracts and thus securities. The SEC framework fell short of making a recommendation on the future regulation of tokens, but it laid the foundation for future actions by the SEC.
Between the increasing interest of global central banks wanting to issue digital currencies, the uptick in adoption of the public of stablecoins in the market, and major players like Facebook interested in building a version of a stablecoin, guidance from global regulators like the FCB and the SEC cannot come soon enough.
To learn more or talk to us about investing in digital assets,
call us now at (424) 289-8068

Previous Story
← Sell in May and Go A... Way into Bitcoin Digital Assets
Next Story
Goldman Sachs Enters the Bitcoin Narrative →